An enthralling blend of eras and styles

Accessed, by those coming from the city centre via a cross-vaulted late-Renaissance avant-corps, the typically fourteenth-century layout is keyed on two delightful cloisters that were subject to sixteenth-century additions.
The “smaller of the two cloisters" (“il chiostro piccolo”) still bears traces of the original frescoes. The columns of the cross-vaulted ground-floor Renaissance porticato are in white Istria limestone, with rounded arches; there are architraved logge on two sides.
The "larger cloister" (“il chiostro grande”), which is nearly forty metres long, features simple Renaissance lines, is also cross-vaulted and features rounded arches. Above the ground-floor porticato, on two opposite sides, are another set of logge. These re-used the slim columns coming from the original fourteenth-century portico. 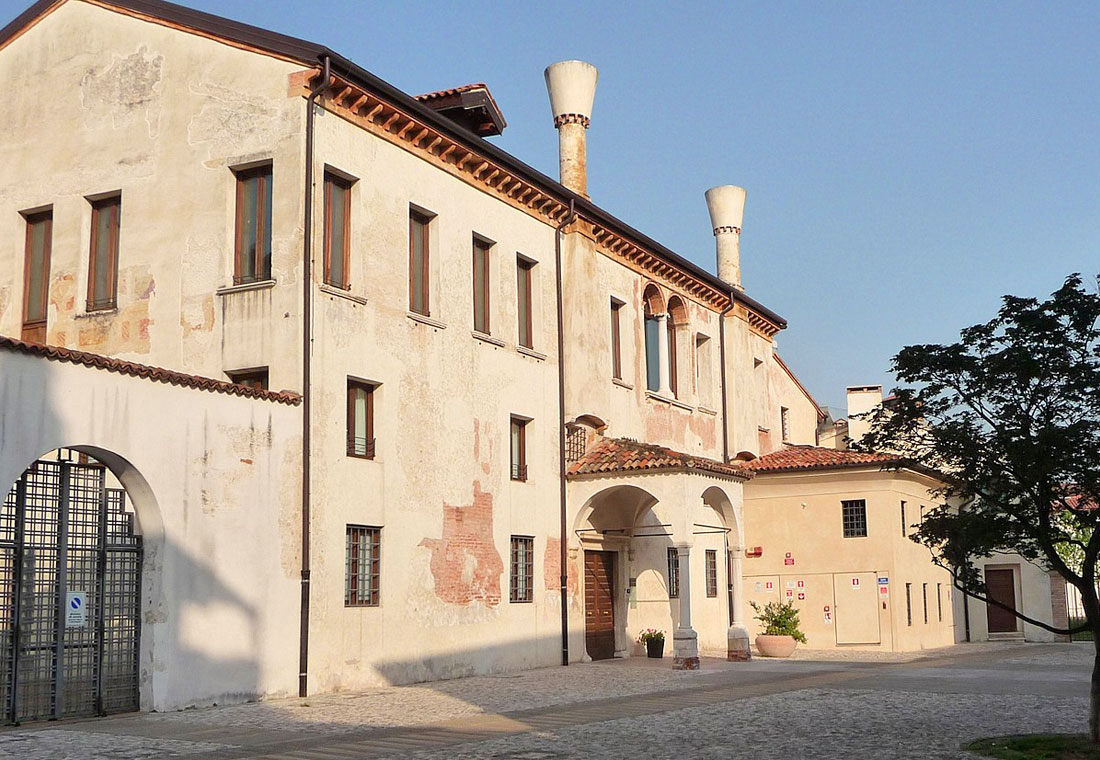 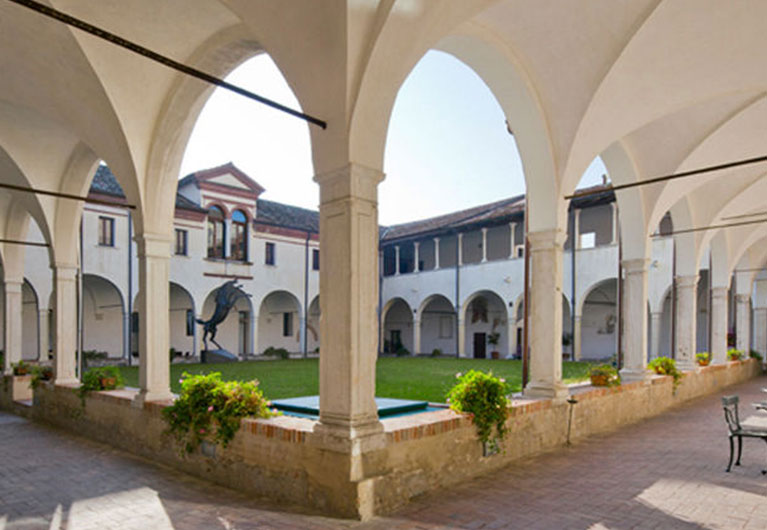 The most recent restoration project, at ground level, brought to light a spacious underground room. Named for the engraver and painter Giovanni Barbisan (1914-1988), this area is currently used for temporary exhibitions.
Prior to the modifications carried out in the sixteenth century, the original Chapter Room (Sala del Capitolo), was supposed to be located to the south of the Great Cloister. This is documented in the wall-frescoes showing  Christ between the Virgin Mary, Saint Catherine and the saints Filippo Benizi and Pellegrino Laziosi, founders of the Serviti order (Cristo fra la Vergine Maria, santa Caterina e i santi Filippo Benizi e Pellegrino Laziosi, fondatori dell’ordine dei Serviti).

Along this side are a number of square rooms, all of them/some of them bearing traces of wall-frescoes depicting stylised reproductions of textile designs.
Completed in 1620, the main staircase (lo scalone), in Istria stone, the suitably worn from several centuries of use, leads under a vaulted ceiling, to the first floor, which was radically redesigned in the late sixteenth century, along with the Long Gallery.
Opening onto this homogenous space at regular intervals were the monks’ cells.  These now constitute the Gallery of Medieval, Renaissance, and Modern Art. 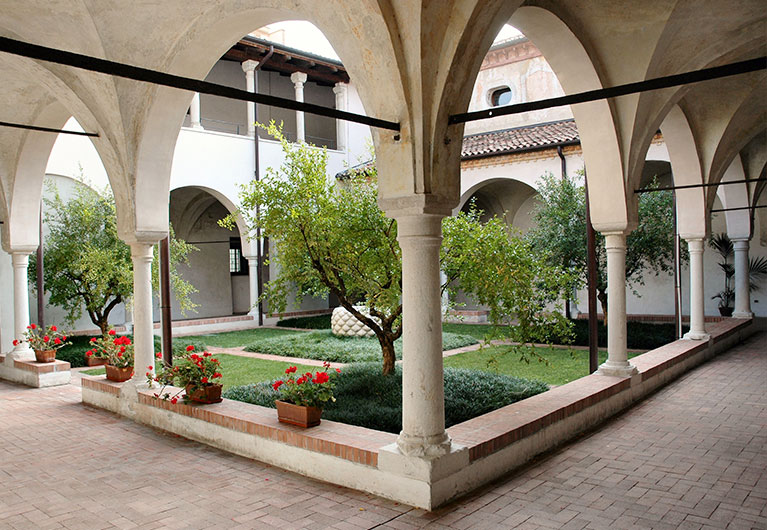 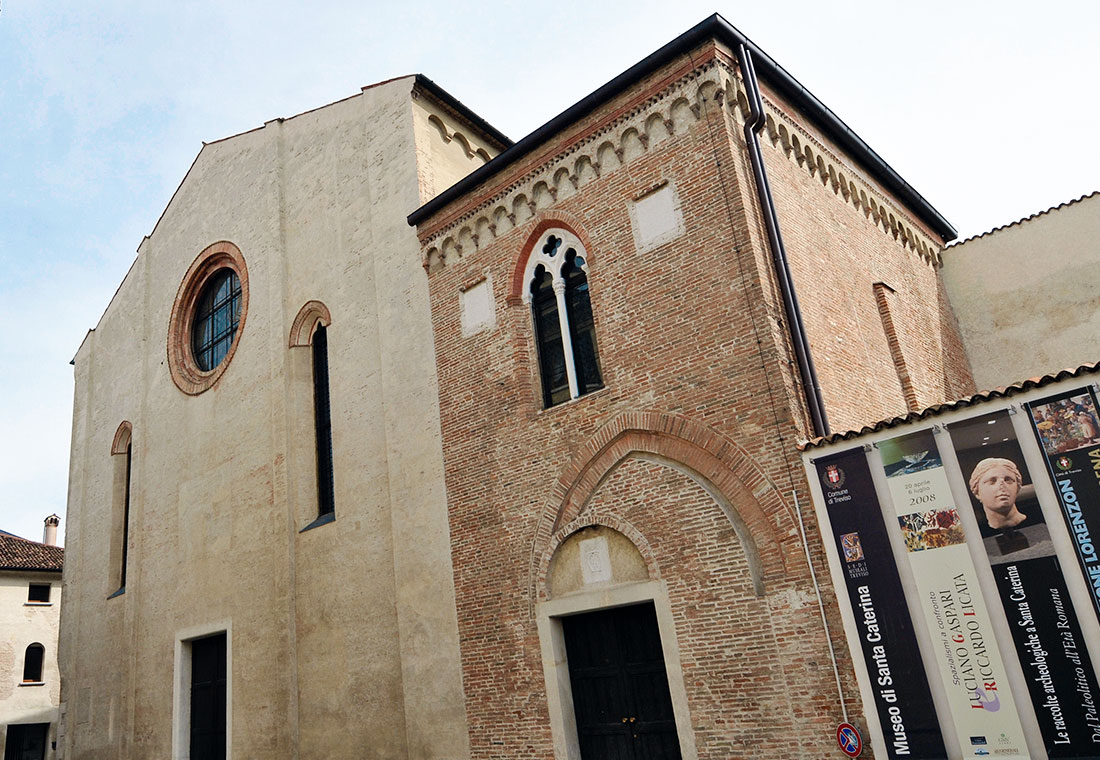