Art from the fourteenth to the eighteenth centuries

The elegant long gallery (Manica Lunga), onto which open the rooms that were once the monks’ cells, testify to Treviso’s long-established passion for art and all things beautiful, tracing the history of the artists who lived in the city and of the collectors whose donations have enhanced the Museum’s holding through the years.
In this captivating setting, against an extraordinary architectural backdrop, the artworks, some 150 of them, are hung in chronological order, starting from the Middle Ages, via the Renaissance, through to the eighteenth century, or Settecento.
The exhibit starts with a display that evokes the innate sense of colour and the quintessential “joie de vivre” of the people of Treviso: a number of frescoes rescued from the many patrician homes, public buildings, as well as churches, that were scheduled for demolition, from the late-19th century onwards.
Typical of Treviso, which is known as an urbs picta or “painted city”, these frescoes provide a painterly representation of wall-hangings and tapestries, their many colours and patterns reminding us just how festive Treviso’s urban environment must have looked all those years ago. Saved thanks to the insight of Luigi Bailo, with later documentation by Mario Botter, some traces of these works still survive in various locations throughout the city.
Among the frescoes exhibited here are those reproducing, in pictorial form, part of the Chanson d’Otinel, a prime example of the mediaeval chanson de geste form. Written in Franco-Italian (also known as Franco-veneto for its adoption of many terms from the dialect of the Veneto region, of which Treviso is a part), these epic poems relate heroic deeds connected to Charlemagne. Indeed, Treviso was a major centre of production of these early examples of narrative story-telling, which were then distributed into other areas of northern Italy.
Also to be seen is one of the oldest items in the collection: a delicate and vibrant Madonna and Child, by Gentile da Fabriano, in the International Gothic style. 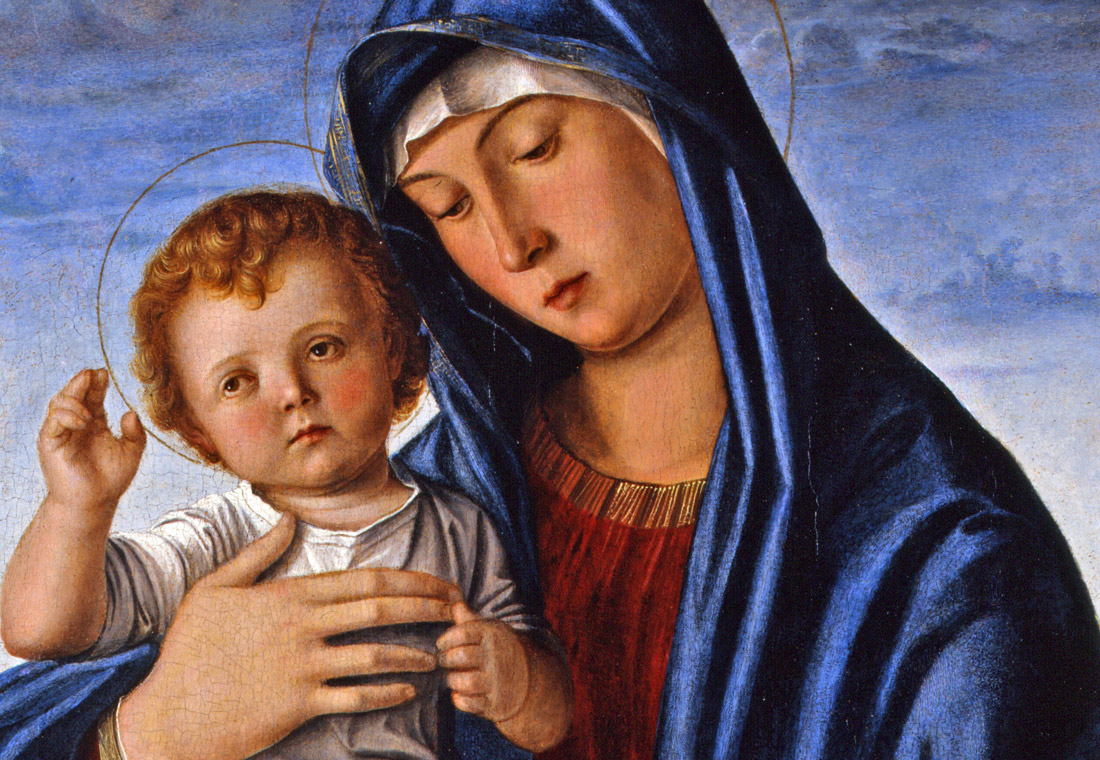 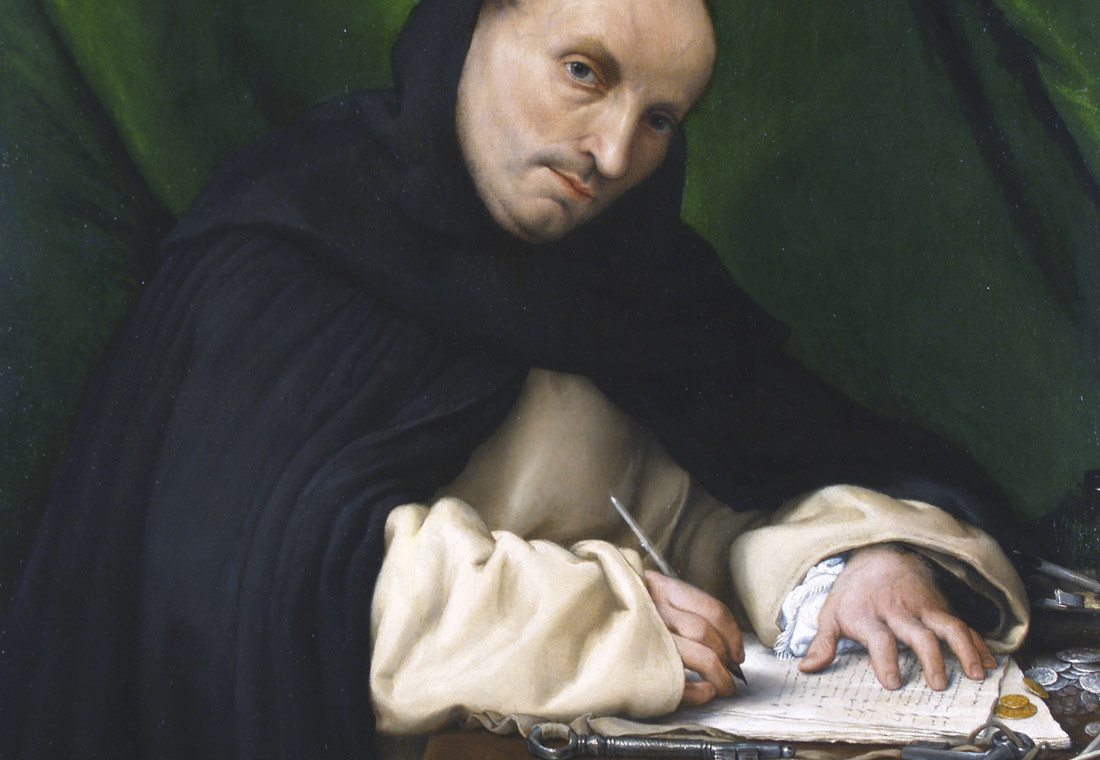 Lorenzo Lotto, Portrait of a monk

We move on to the museum’s Renaissance masterpieces, beginning with the works of Dario da Treviso (c.1420–c.1498), who introduced the use of classical Greek and Roman art as inspiration, from Padua where he had trained under Francesco Squarcione (1394–1468), another of whose pupils was Andrea Mantegna (c.1431–1506). Dario da Treviso also painted a portrait of Caterina Cornaro, the last monarch of the Kingdom of Cyprus.
The works of other artists who excelled in capturing light and colour in this period can also be seen in this section. They include Cima da Conegliano (c.1459-1518), Giovanni Bellini (c.1427–1516), Pordenone (c. 1484–1539), and Lorenzo Lotto (c. 1480–c.1556).
In the room dedicated to Mannerism, we see altarpieces by Paris Bordon (1500-1571) and Jacopo Bassano (1510–1592), while a highlight of the portrait gallery is the rendition by Titian (c.1485–1576) of Sperone Speroni, the Italian Renaissance humanist, scholar and dramatist who revised Torquato Tasso’s Jerusalem Liberated (Gerusalemme Liberata).
And then, we step into a reproduction of a Cabinet of Curiosities. These Wunderkammern were enclosed spaces containing carefully curated collections of paintings and artefacts designed to impress and amaze the visitor and were, in fact, the forerunners of today’s museums.
Completing our visit is a wide-ranging selection of artworks of the seventeenth and eighteenth centuries (the Seicento and Settecento), many of which have never been seen in public before. The artists include Francesco Guardi (1712–1793), Rosalba Carriera (1673–1757), Giovanni Marchiori (1696–1778), as well as Giambattista Tiepolo (1696–1770), also known as Giovanni Battista or Gianbattista, and his son, Giandomenico Tiepolo (1727–1804).
This deep dive into several centuries of sublime art treasures is not an end in itself, however, but prompts us to proceed on our voyage of discovery by exploring of the contemporary art collection that can be found in the recently renovated Museo Luigi Bailo. 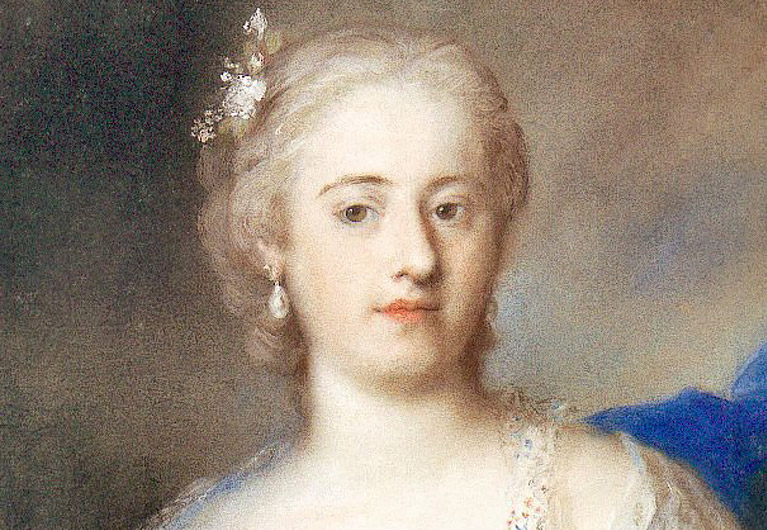 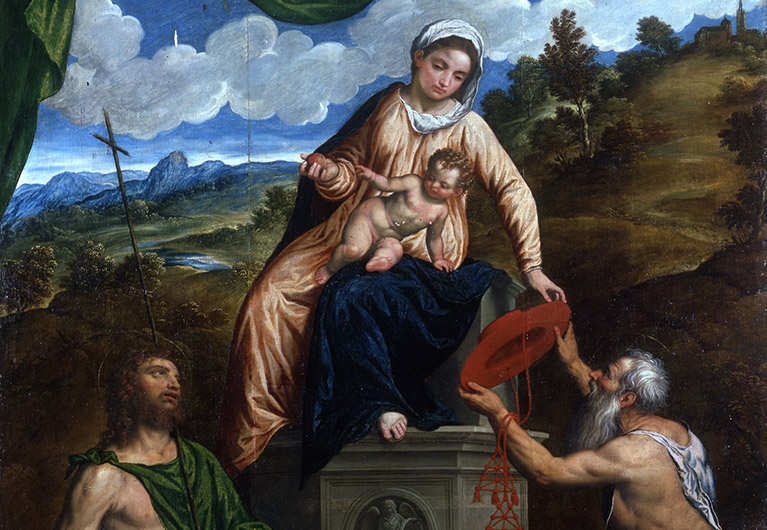