The long, fascinating story of a rebirth

Don’t be surprised if, as you enter the Museo Santa Caterina, you detect the trace of a Tuscan accent. For this, back in the early fourteenth century, was where stood the palazzo of the “good Gherardo” da Camino”, the feudal lord of Treviso until 1305, and this is where he invited the poet Dante, a fugitive from his native Florence after 1302, to stay awhile.
In gratitude for such kindness and consideration, Dante praised him in both in the Canto XVI of Purgatory, the second volume of the Divine Comedy (La divina commedia), as well as in Book IV (IV trattato) of his earlier, lesser-known, Convivio, a philosophical treatise.
Driven from power in 1305 by a popular revolt that culminated in the assassination of Gherardo’s one son (Rizzardo), and the flight of the other (Guecellone), the Da Camino family’s fortunes were at an end. The family’s palazzo was burnt to the ground, and the ruins were razed to the ground, the area being left abandoned for over thirty years.
In 1346, the religious order of the Servants of Mary (Ordo Servorum Mariae, in Italian: Servi di Maria) took over the site and started to build a monastery and church dedicated to Saint Catherine of Alessandria.
Suppressed in 1772, with all its religious functions ending in1806, the monastery and its buildings, not least the church, were redeployed as a barracks and as a military depot. The damage wrought during this period, was extensive, not just to the architecture and to the decorations, but also in terms of artworks, artefacts, and furnishings disposed of, or lost.
However, by an incredible trick of fate, the bombing raids of 1944 and 1945, no less, marked a radical change in the fortunes of the old Santa Caterina monastery after many years of neglect 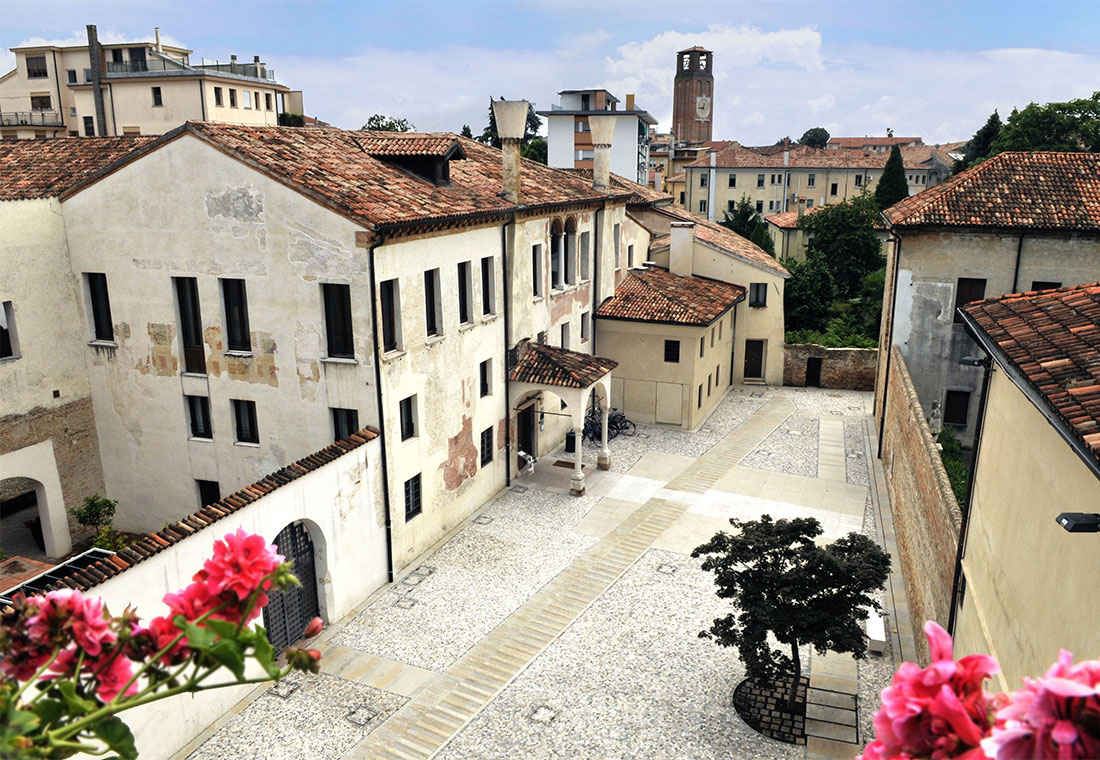 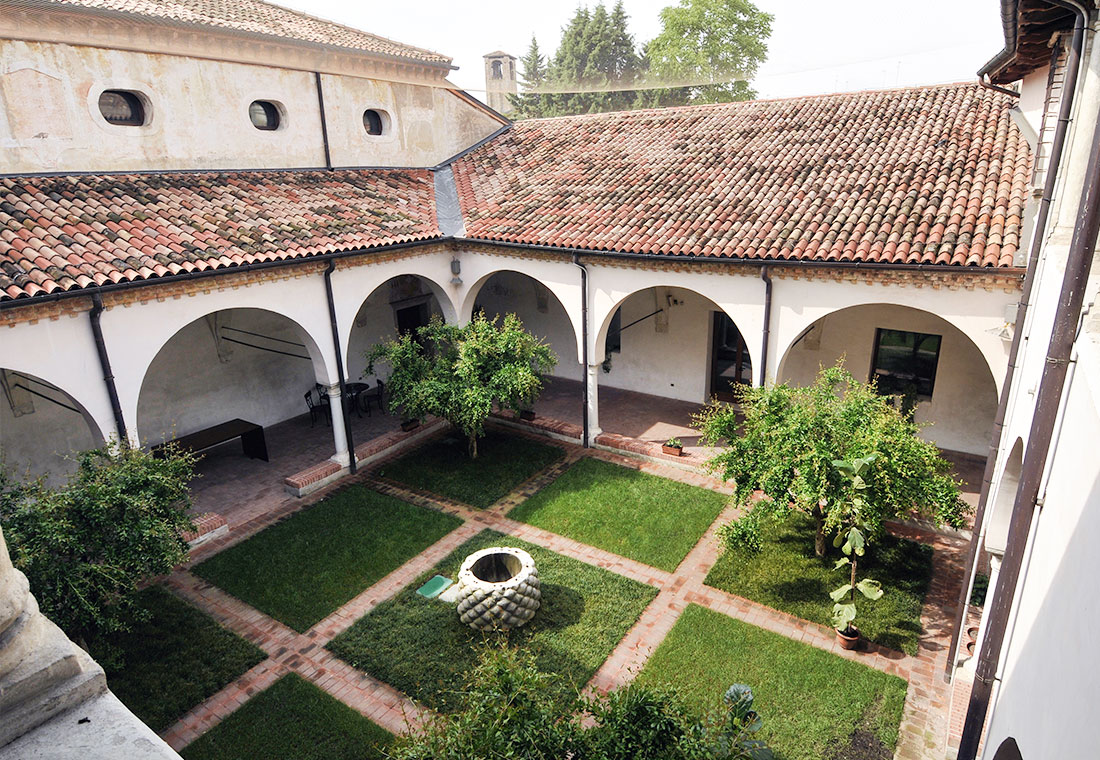 Thanks to the determination of the art restorer Mario Botter, that nondescript plasterwork that had, for centuries, concealed an extraordinary secret was to be hacked away, bringing to light an unparalleled artistic treasure.
Thus it was that the Santa Caterina complex of buildings experienced a veritable rebirth: a restoration programme was set in motion to turn the entire area into Treviso’s museum of archaeology and ancient art.
Today, celebrating Mario Botter’s felicitous discovery, in the square outside the museum stands a work by the distinguished local-born and internationally renowned artist Mario Martinelli, whose work can be seen in, among places, Venice, Milan, Bologna, Paris, Toronto, Antwerp, and Tokyo.
The Santa Caterina complex of buildings offers an open invitation to come in and look around, for traces of this fascinating story can be found all about, such as the: