Artists from and in Treviso in the inter-war period

The twenty-year period between the First and the Second World Wars is the subject of the fourth section of this collection. The spotlight falls on a tragic and controversial period that, nonetheless, bore witness to an extraordinary flourishing of artistic expression, bringing many artists to Treviso and the surrounding area, and leading to a number of major exhibitions.
Despite its name, the Italian iteration of the Europe-wide art movement known as the Return to Order (“Ritorno all’ordine”) led to a vigorous dialogue -- between innovative and intriguing intuitions on the one hand, and conservative thinking and criticism on the other -- that was compelling enough to drive artists to explore new idioms.
Treviso was in the forefront of this artistic fervour. No fewer than eleven exhibitions featuring the work of the artists to be seen in this section of the gallery were held in Treviso between 1920 and 1942, those after 1927 being curated by Giuseppe Mazzotti. 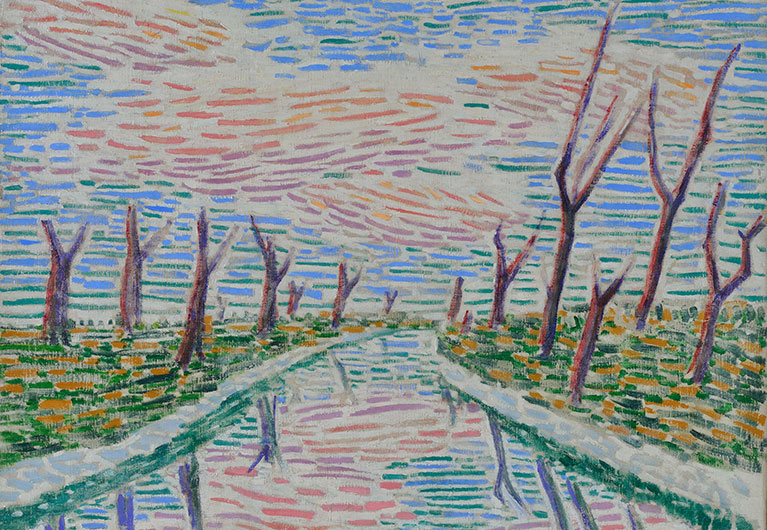 Nino Springolo, A canal in the lagoon 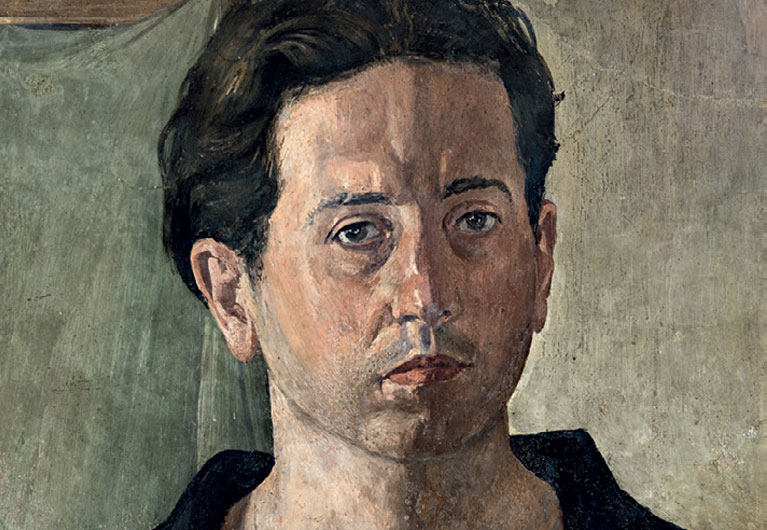 Here we see the beauty and elegance of portraits of women by Lino Selvatico (1872–1924), a fine example being that of Teresita Lorenzon. Part of the extensive bequest to the museum by her family, the portrait draws our attention for the way the artist has captured Teresita’s shy and demure gaze.
Then there is Nino Springolo (1886–1975), who is represented by two portraits of two girls, one nameless and described as a Poor Young Girl (Piccola povera), the other being of one Gigetta; there are also two Cézanne-inspired landscapes: The River in Springtime (Il fiume in primavera) and the Campanile of Santa Maria Maddalena (Il Campanile di S. Maria Maddalena).
These works are complemented by the Portrait of Olga (Ritratto di Olga) by Giacomo Caramel (1890-1988), The Beach (La spiaggia), a landscape/still life by Juti Ravenna (1897–1972), and The House on the Hill (Casa in collina) by Arturo Malossi (1883–1967), an oil on cardboard evocative of the Expressionists’ sensitivity in terms of colour.
During the second part of the 1920s, Bepi (Giuseppe) Fabiano (1883-1962), who had returned to Treviso in 1914 after spending some years in Paris and Rome, executed a number of paintings that reflected the tenets of the Novecento art movement. Here we can see Young girl with still life (Giovinetta con natura morta), as well as his compelling Masked Women (Donne in maschera). 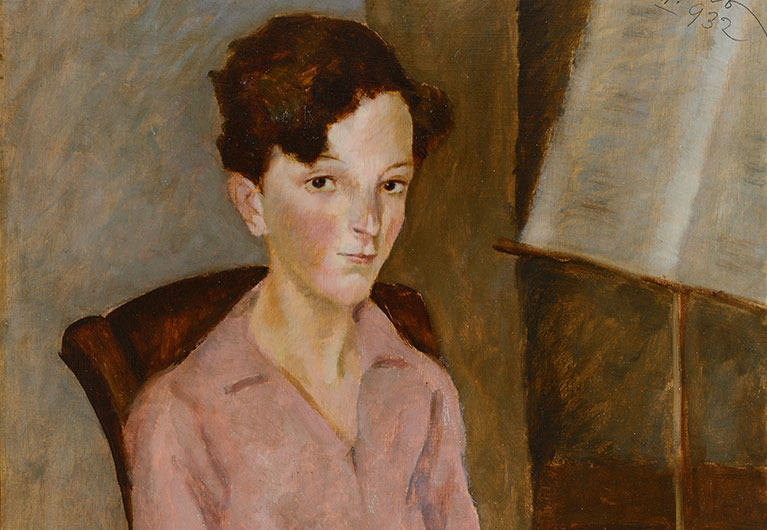 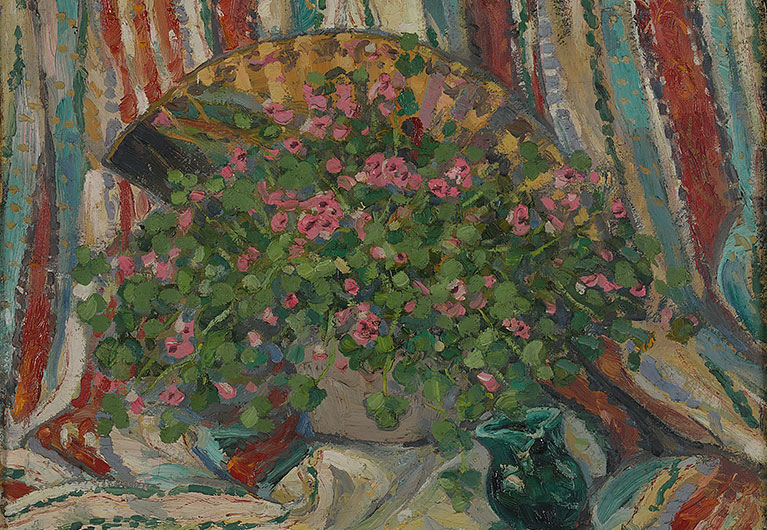 Closing this section are the masterful landscape pencil sketches (Schizzi di paesaggio) by Lino Bianchi Barriviera (1906—1985).
On the ground floor, in the room dedicated to Giovanni Barbisan (1914--1988), we find his youthful self portrait (Autoritratto), as well as a large frescoed panel on loan from Fondazione Musei Civici di Venezia depicting Countryfolk are our best friends (I rurali sono i nostri migliori amici), a theme inspired by the Fascist regime. The painting was exhibited at the 1936 Venice Biennale by the artist, who was just 22 years old at the time.
Geometrically precise, as was typical of the art of the Fascist period (which is also called, in Italian, Il Ventennio, or The Two Decades), this composition is cued on the metaphysical dimension inherent in the works of Piero della Francesca, and thus represents the desire of the time to recast art looking to the great masters of the past.