Set off by the clear light of the cloister, around which open the rooms on the first floor, the works exhibited here showcase the talent of one of the leading Italian sculptors of the twentieth century: Arturo Martini (1889--1947), with extensive coverage of his early career through the period when he came into his prime.
We start our exploration with an overview of the three-dimensional: the raw material whose vitality is revealed through his touch and from which will be created masterpieces that express in full his creative genius.
Here we bear witness to what we can call his apprecentiship. Where we see the influence of the Masters, such as Giorgio Martini (no relation), a portrait painter and a professor of drawing who was the father of the already established artist (Alberto, 1876–1954), a painter, engraver, illustrator and graphic designer, as well as Antonio Carlini (1853–1933), from whom Arturo Martini will learn how to shape his material (in Italian, formatura), one example being the unusual terracotta Portrait of Fanny Martini (Ritratto di Fanny Martini), of 1905. 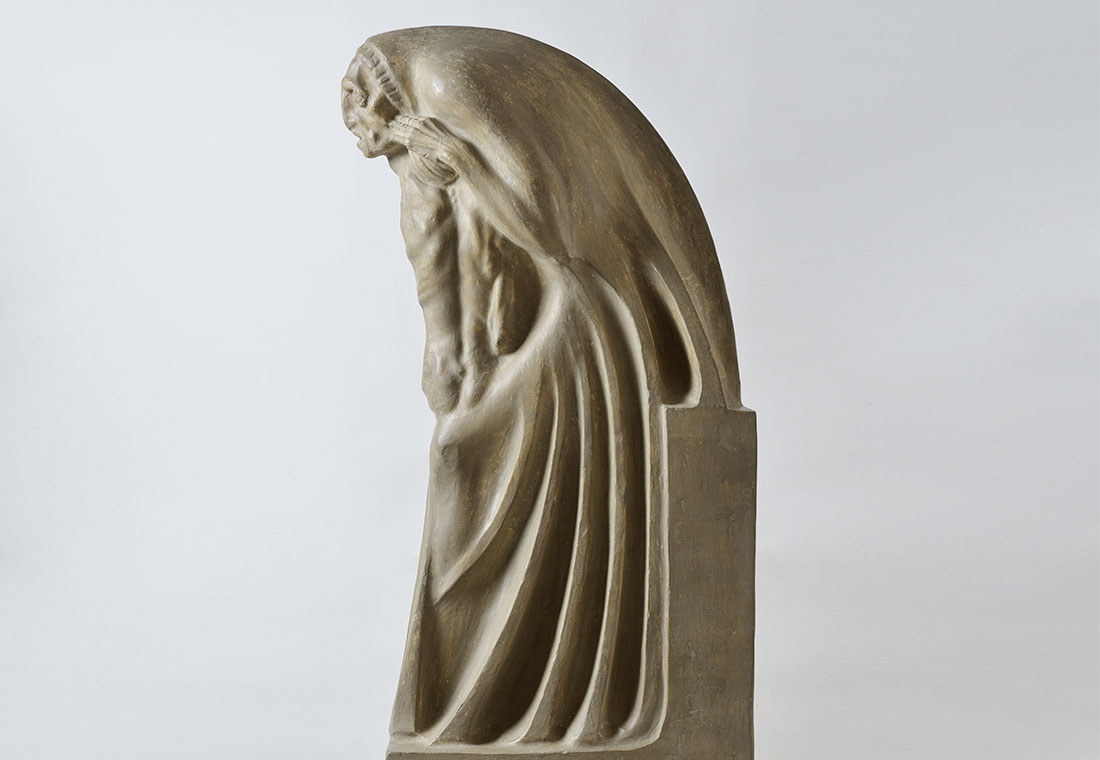 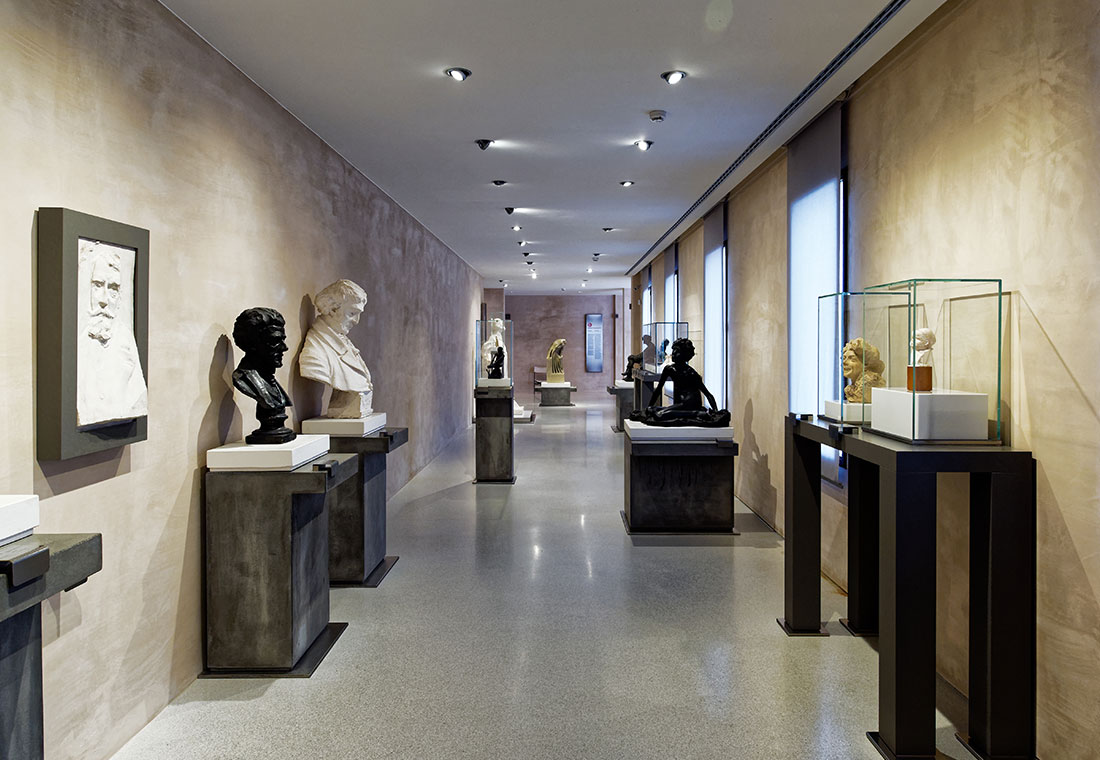 Thus we enter the period when Arturo Martini was at the height of his powers.
Soon to follow were exhibitions in both Treviso, his home town, and Venice, 42 km away, where Martini showcased his works, such as (Balance/The double bass player, The free thinker) and where he garnered his first positive reviews. Next, we trace his progress as he explores new horizons and new idioms. A long period spent in Munich, as well as the influence of the Parisian art scene, both cities vibrant with artistic stimuli, bore fruit in the years just before and right through the period of the First World War, where we see him employ a wide array of expressive means.
Here, the sculptures, such as Maternità (Motherhood) e Allegorie del mare e della terra (Allegories of the sea and of the land) are complemented by inventive excursions into graphic design and ceramics. Examples of the latter are the vases and objets d’art produced for the Fornace Guerra Gregorj, in Sant'Antonino, which lies between Treviso and Casier, with which Martini was to work closely for many years. See especially, his outstanding Fable-Vase (Vaso-Fiaba).
It was indeed in Gregorio Gregorj, the grandson of the founder of the pottery, that Arturo Martini found a patron and helpmeet who provided support as he explored the artistic potential of clay, having a profound influence on the sculptor’s sensibility towards this material that came to offer Martini the flexibility he needed to interpret his ideas, which were to find full expression in the powerful and dynamic works of his maturity. 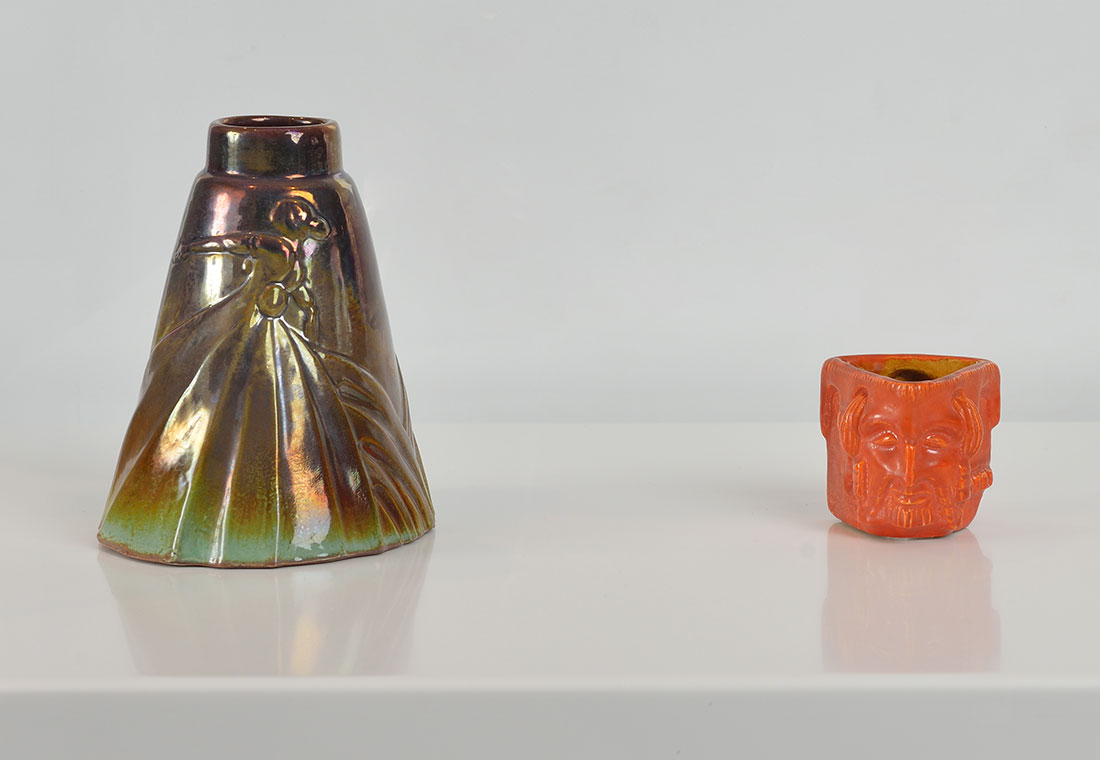 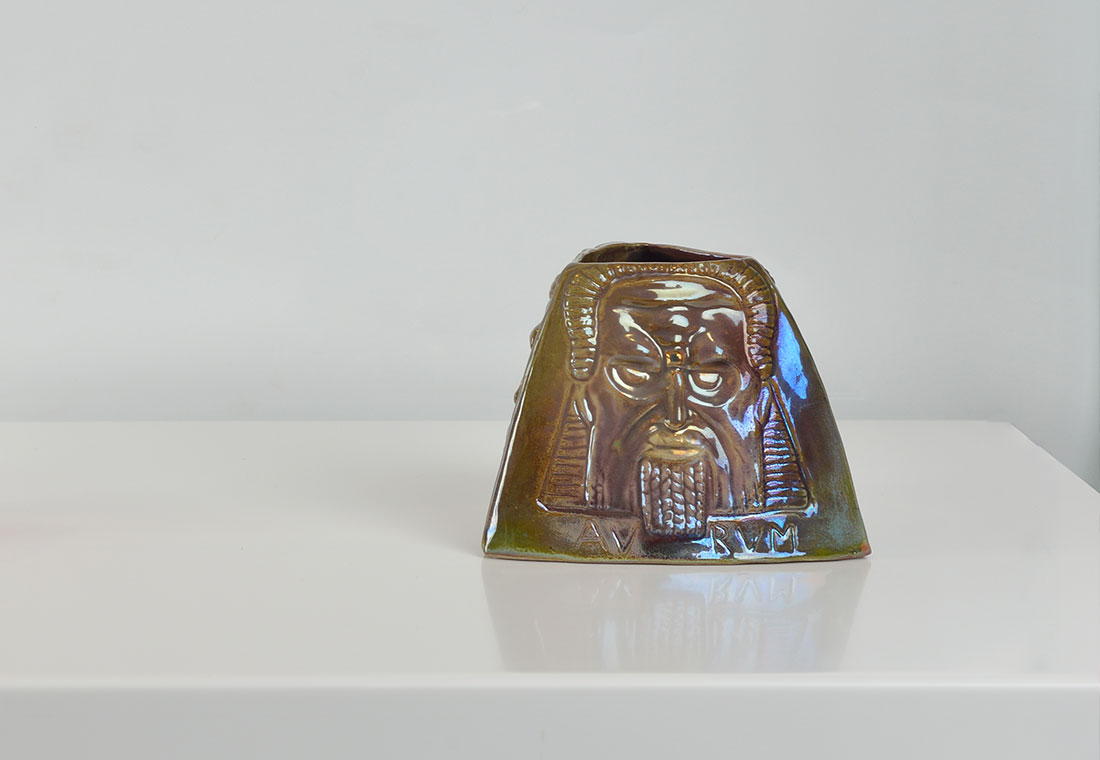