Now we come to the young, dynamic artists known at the time as the “giovani inquieti” of the heady years between 1908-1924. Via the Ca’ Pesaro art gallery, in Venice, these audacious Treviso-based artists challenged the established order as exemplified by the official exhibitions of the city’s Biennale exhibitions.
These young bloods included the sculptors Guido Cacciapuoti (1892-1953) and Ottone Zorlini (1891—1967), through to the painters Aldo Voltolin (1892–1918) (Sunlight on Haystacks/Pagliai al sole), and Nino Springolo (1886 – Treviso, 1975) (A Canal on the Lagoon/Canale in laguna).
One of the most important Venice-born painters of the first half of the twentieth century, Gino Rossi (1884–1947) who came to be considered one of the greatest Italian Post-Impressionists, enjoyed an intense, albeit brief, career, cut short by personal tragedy.
Along with his great friend Arturo Martini, Rossi engaged in the struggle to rejuvenate the Venetian artistic scene, taking part in the exhibitions at the Ca’ Pesaro, as well as the 1914 “Secession” show in Rome and Treviso Art exhibition (Mostra d’arte trevigiana) in the following year.
His visits to Brittany while living in Paris, had brought him into contact with the French synthetist painters, such as Paul Gauguin and Paul Sérusier. Thus, on his return to Italy, he sought to present his work as representing a modern vision, in open contrast to what he considered the decadent aesthetic of many of his contemporaries. 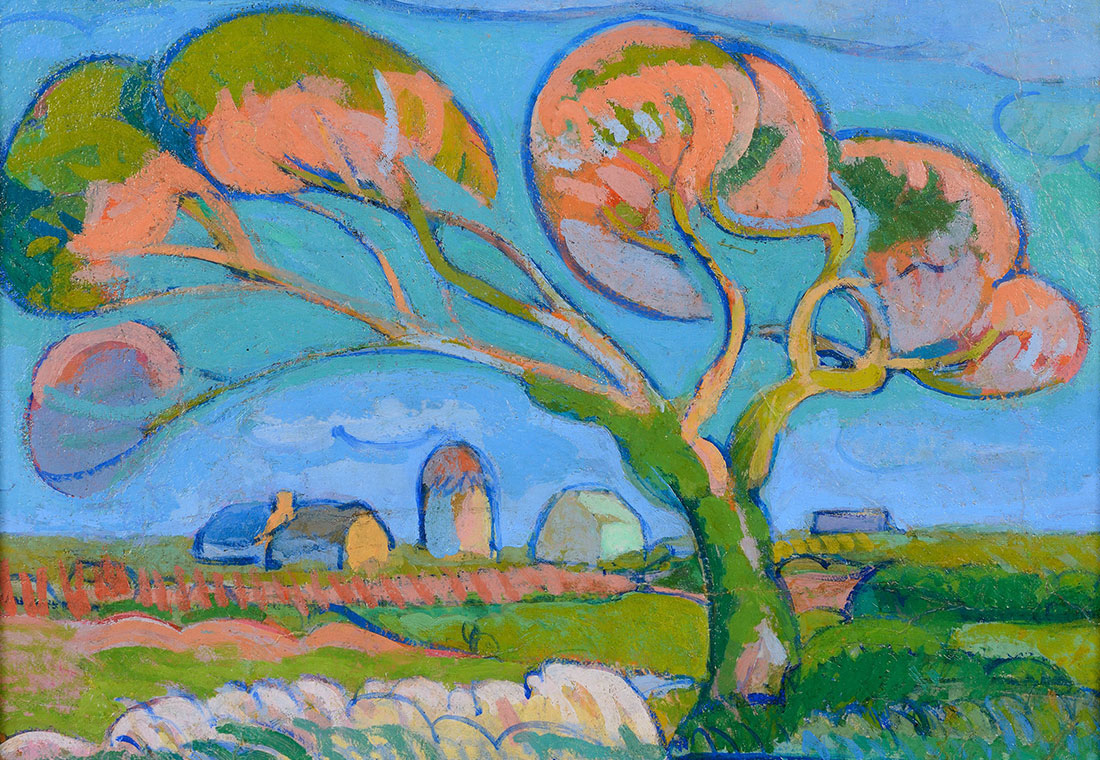 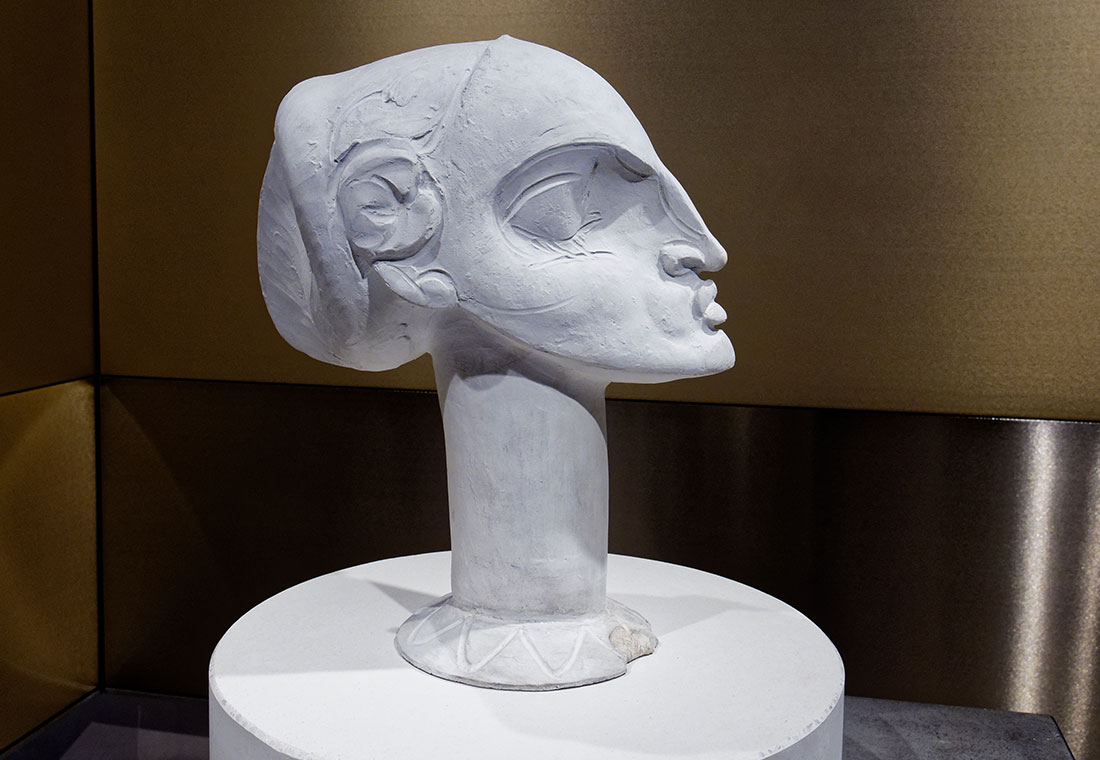 The unflinching gaze of the subjects of his portraits along with the sublimation of the colours in his landscapes marked his break from the academy style, moving into a dreamlike dimension verging on the archaic, which draws us in and captures our undivided attention.
The beautiful Springtime in Brittany (Primavera in Bretagna), and A landscape in Asolo (Paesaggio asolano) provide striking examples of the hypnotic power of Rossi’s highly personal and vastly compelling vision.
At the far end of the room, we can see the original gesso for the Young girl overbrimming with love (Fanciulla piena d’amore), whose bold eroticism and powerful presence cannot help but move us.
This sculpture, in its gilt majolica version, was first exhibited at the 1913 Mostra di Ca’ Pesaro in Venice, an event deliberately designed to be a powerful counterpoint to the city’s more conservative Biennale Art show. Provoking outrage, the piece soon became the signature piece of the Ca’ Pesaro Movement, being mid-way between Modigliani’s African Heads and Klimt’s Judith II di Klimt, works with which Rossi was well acquainted.
Among the many talented people whose acquaintance we are making on this extraordinary excursion is Alberto Martini, who can be considered one of the precursors of the Surrealist movement. Born in Oderzo, 23km from Treviso, Martini was gifted with a freewheeling imagination; his highly personal and, on occasion, poorly understood, vision, was described more than once as being like “a tormented soul” lurking among the younger set of the local avant-garde artists.
Perhaps the only Symbolist artist in the Treviso Museums’ collection, Alberto Martini’s work is represented here by a series of eight pastels entitled Fantasie del sole, inspired by the sun, as well as his Interior Self-portrait (Autoritratto interiore). 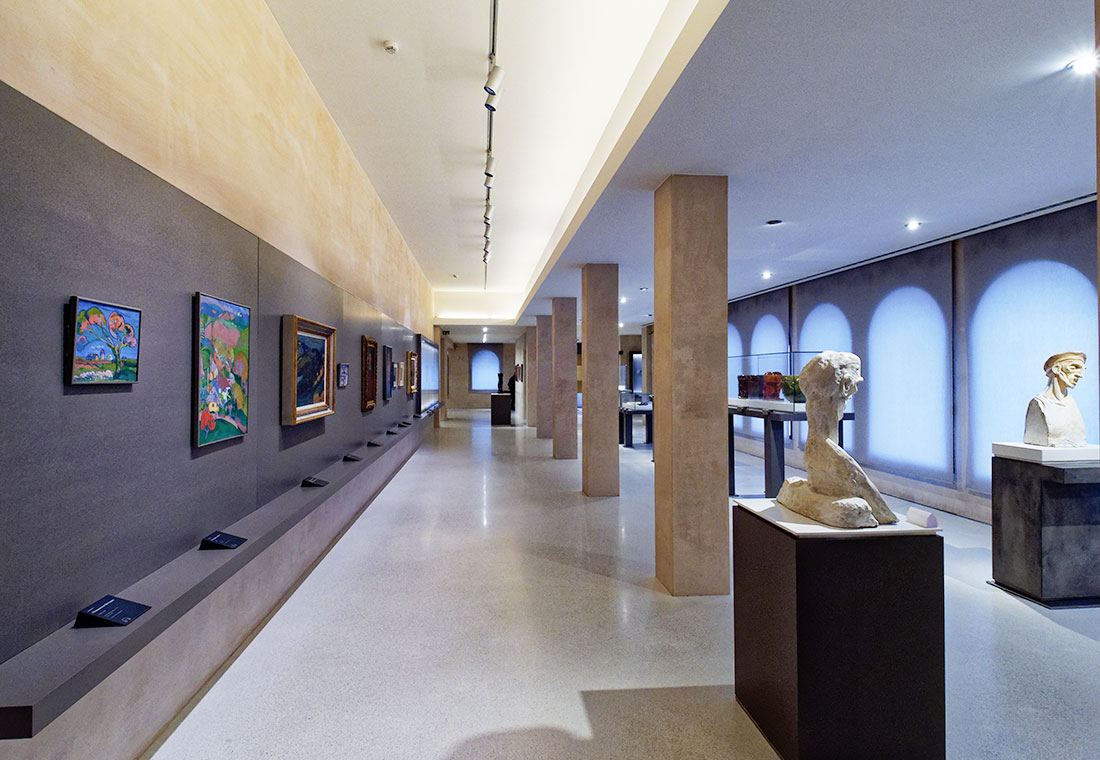 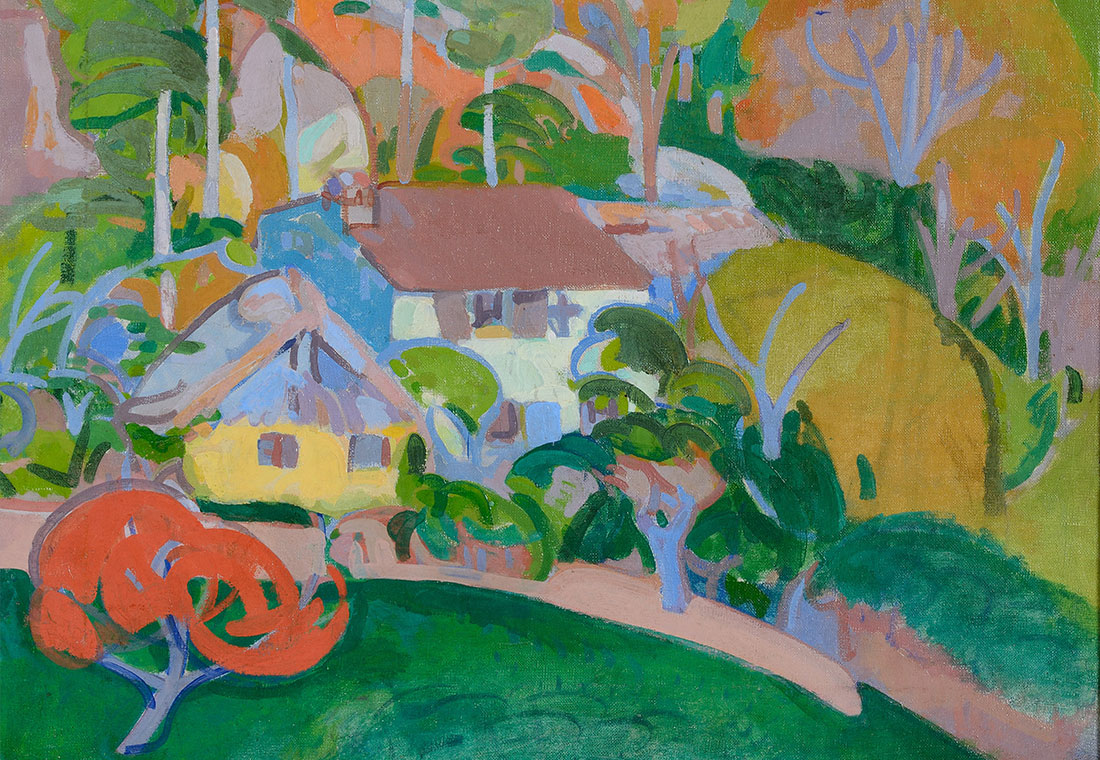 Gino Rossi, A landscape in Asolo